Why do so many projects seem to be OK, but, when you get near the end, they turn out not to be OK after all?  Everyone thought you were going to make the target date, but at the last minute… well, no you couldn’t.

I’d like to suggest an answer.  Let’s illustrate it with an example.  Consider an agile project that’s been estimated at 375 points in size. (To my non-agile readers, “points” are just a relative measure of task/feature size.  So for instance, a 20 point feature is estimated to require twice as much work as a 10 point one.  In this project, all the features add up to 375  points).

Also, imagine that our sample project is scheduled to take 12 weeks and we are now half way through the project. After 6 weeks, the team has completed 132 points’ worth of work.   The team leader reports that they are a little behind, since by this time they should have finished 187 points (half of 375).  After speaking with  everyone on the team, he is confident that they can make up the lost ground.

Get your own gut-feel for the answer, then scroll down. 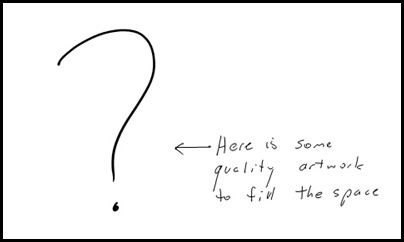 The answer is eighty four percent.  To deliver on time, the team has to produce 84% more output, per week, than they did in the past.  That’s almost double.

Most teams, I suspect, don’t realise just how much faster they need to go.  We look at the status, and think,”Well, we’re a little behind, but it’s not too bad.”  We might even crunch some numbers.  In this example above, the team should have completed 50% of the work, but they have only done 35%.  You look at the figures, see 50 and 35, do the subtraction, and end up with 15%.  That doesn’t seem to bad.  15% is not very much, and seems well within our abilities to compensate for – perhaps with a little extra work, and good intentions to “work smarter”.

But we’re fooling ourselves.  We are forgetting two things:

It is these two factors which mean that it requires an 84% speedup to compensate for a “15%” gap.

An example to do in your head

So here’s a really simple formulation of a similar problem, just so you can convince yourself than I’m not talking rubbish:

Teams can’t speed up by 84% or 100%.  It just doesn’t happen. (At least, not when holding costs constant – and generally, not even when spending extra.)

When projects fall behind, our intuition lets us down. We have to rely on sound data and analysis instead.  I believe the best answer is to use Earned Value analysis.  A simple Earned Value chart like this goes along way to correcting our faulty assumptions.

4 comments on “Does our intuition fail us?”